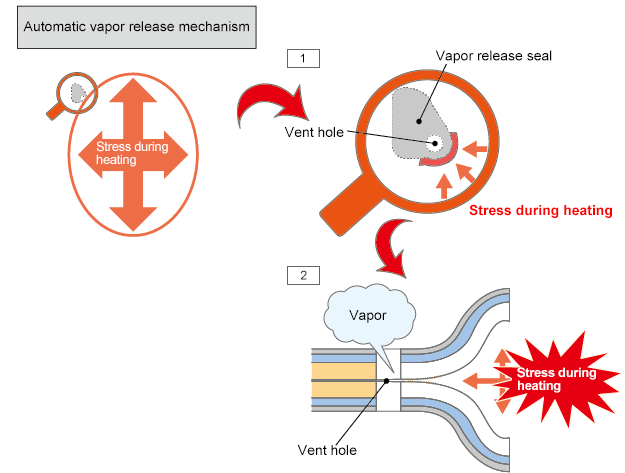 A mechanism to more safely use E-RP. The color change indicates whether the vapor is being released from the hole.

Products made with this technology