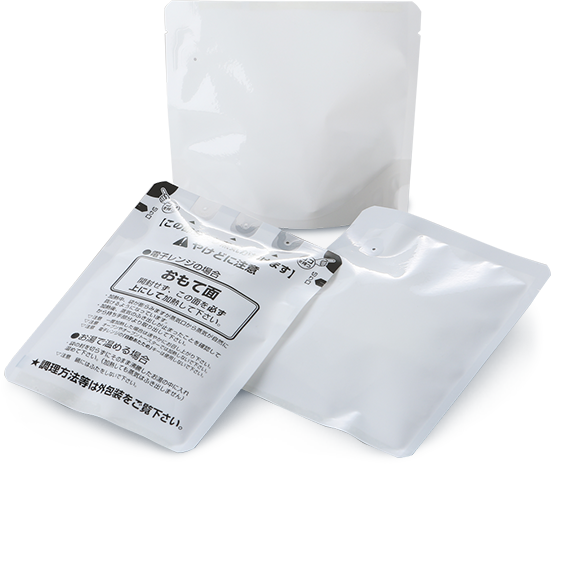 A microwavable retort pouch with automatic vapor release mechanism.
It can also be heated in boiled water.

A mechanism to automatically release the vapor generated during microwave heating.
The punched hole and vapor-release seal is positioned at the spot where the internal stress from heat expansion concentrates.
Vapor-release seal is peeled off by the internal stress, thereby releasing the vapor through punched hole.
A simple structure without using other materials such as easy peel–off film. 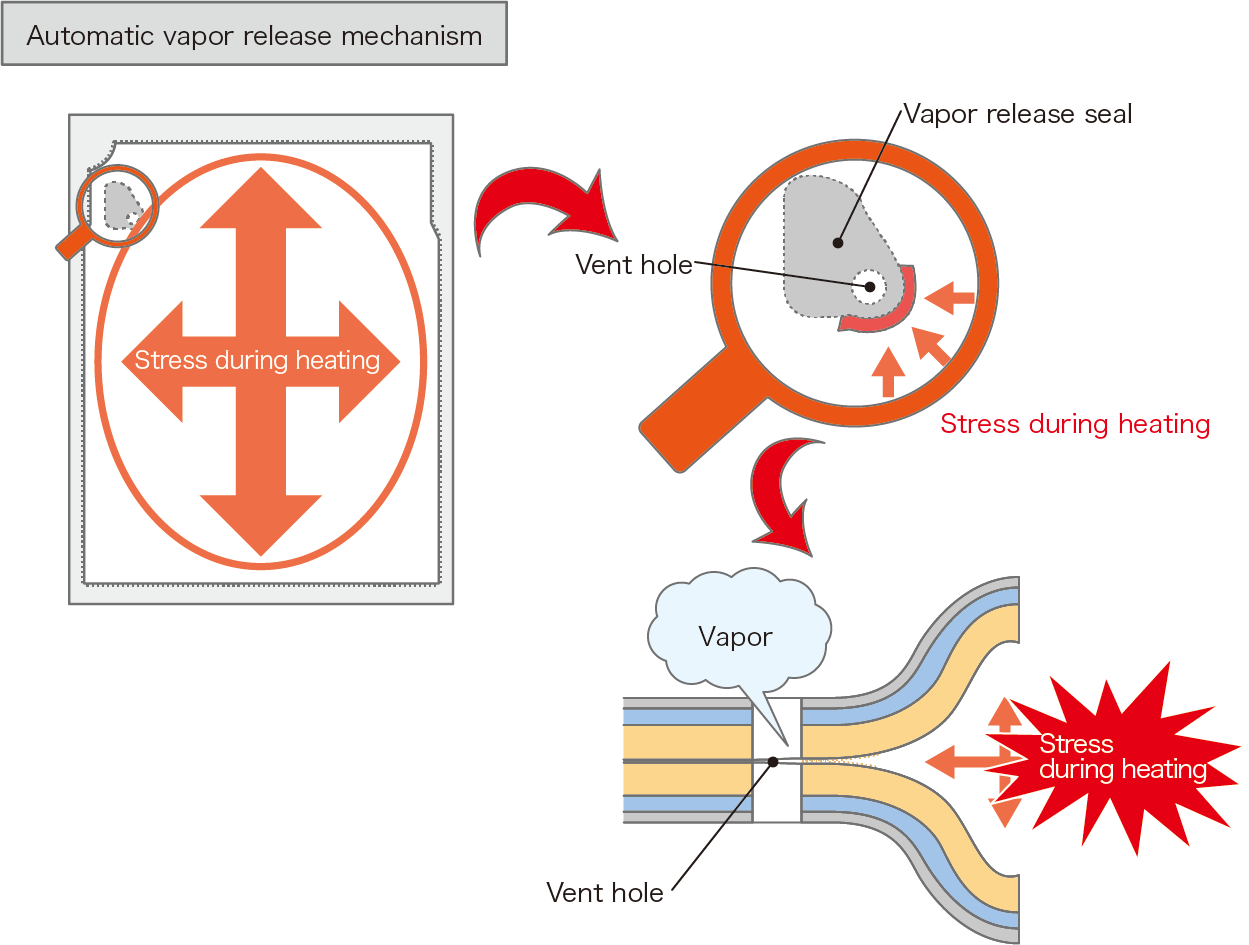 In the case of flat pouch

If the contents are liquid type (curry, soup, etc.), the vapor-release spot has to be at an elevated position so the contents won’t spill from the hole. We offer specialized outer boxes to serve this purpose.

A mechanism to more safely use E-RP. The color change indicates whether the vapor is released from the hole. 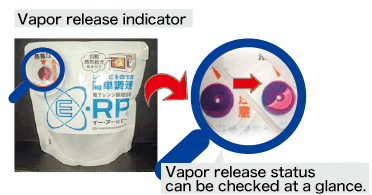 TRAVIS is a new pouch developed from the unique idea of making itself transform three-dimensionally with the internal stress generated while the pouch is heated in the microwave.
In the case of conventional flat pouches, if the contents are liquid type, the vapor-release hole has to be elevated by the special box to prevent leakage from the hole.
While being a flat pouch, TRAVIS can be directly placed in the microwave without the special box. 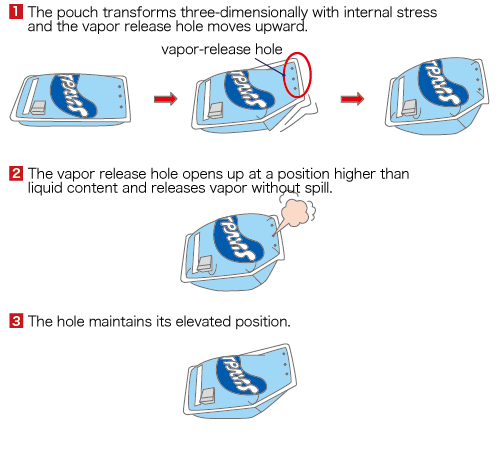